You can walk into almost any restaurant or bistro in Australia and find some form of schnitzel on the menu.

Whether it is served with chips and salad or good old-fashioned veggies and mash, the humble schnitty is an Aussie staple. You can get chicken, beef, veal and all kinds of toppings and variations, making it a favourite in all corners of the country.

But have you ever stopped to wonder about the origins of the schnitzel? After all, it is not a distinctly Australian word. Yet, at some point, this golden crumbed delight leapt from European menus to Australian plates, so how did the humble schnitty become so popular in Oz?

The genesis of the schnitzel 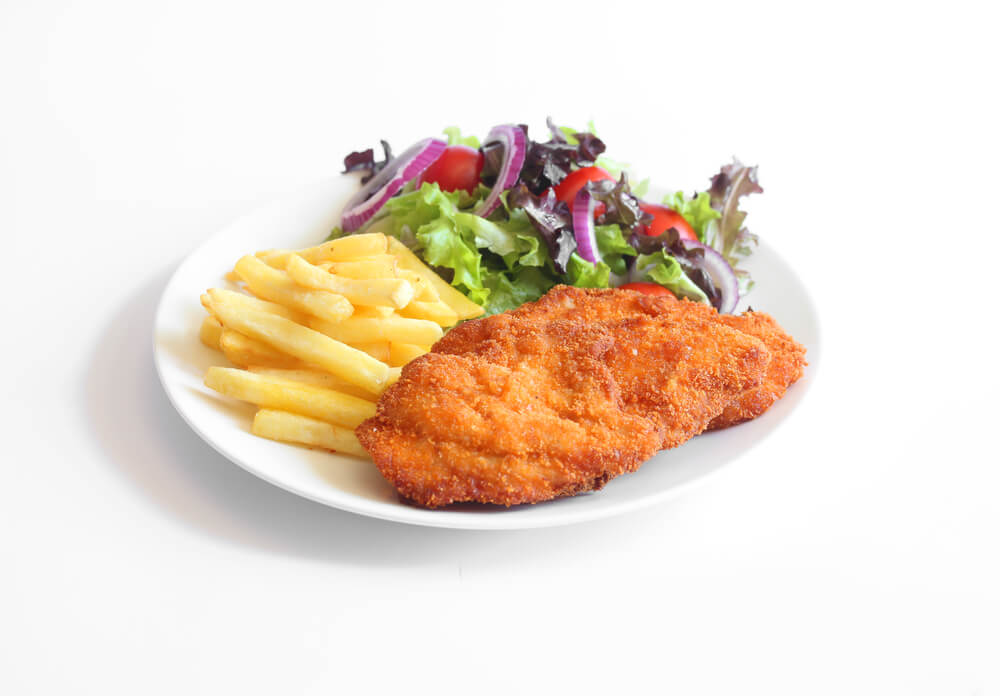 The concept is so simple. First, a slice of meat is pounded so it is thin and tender, then seasoned, crumbed and fried to perfection. So where did this simple but ingenious idea begin?

Going by the name alone, many people assume that the origins began in Germany or Austria, but it was Israel in the Middle East where the dish was believed to have been served first.

The earliest forms of this sumptuous dish were made from chicken and turkey (to remain Kosher), and it was a prevalent dish amongst the Jewish community. When the Ashkenazi Jews began to migrate into Europe their dish came with them, and its popularity began to spread.

It became trendy in Germanic lands and Italy and Austria, where locals would swap out chicken and turkey for veal, pork, beef and the famous European variant, Wienerschnitzel.

It rapidly became a staple across Europe, and when the time came for settlement in the new United States of America, German migrants brought their famous recipes with them.

Unfortunately, veal was a rare commodity in the colonial days of the United States, so the Germans leaned towards beef instead, popularising the crumbed steak pub favourite that we know and love today.

So how did the schnitzel become so popular in Australia?

When you think of the early days of Australian cuisine, frying breaded products doesn’t spring readily to mind. Instead, we think of open fires, dampers, stews and casseroles, sausages and other meat products that were a million miles away from the schnitty.

It took a long time to come to Australia. While we appropriate dishes from many other nations – like pizza, pasta, curry and vindaloo – it wasn’t until 1980 when the first schnitties started to appear. These versions were gourmet, served at fancy restaurants and stolen (erm, borrowed) from Italian menus. In those days, eggplant was the primary ingredient.

The meat version that we know and cherish today began to infiltrate our shores from America (along with many popular foods and cultural icons we enjoy today). Aussies couldn’t get enough of it.

We slater it with cheese and ham and fight relentlessly over whether to call it Parmi or Parma. We stack it in sandwiches and bread rolls. We freeze it by the bucketload, so we have a seemingly endless supply.

The schnitzel is the global dish that became the Australian staple, and by crikey, we are glad that it did. Come and try it with us at The Gateway – and see how ours measures up.